Towns in Western Australia's Mid-West are benefiting from reliable new power supplies with the Liberal National Government today announcing the region's final power station has been commissioned, marking the completion of the Mid-West power station project.

Dr Nahan said the new state-of-the-art station, which was capable of future expansion, was powered by high efficiency, gas-fired Caterpillar engines that would provide the town with up to 1.1 megawatts of power.

The commissioning of the station signals the completion of the Mid-West project, following an upgrade to the existing Norseman power station operated by Contract Power Australia and the construction of five other new stations in Cue, Meekatharra, Yalgoo, Wiluna and Sandstone. The Mid-West power project also enables renewable energy sources, including solar, to be incorporated in the future.

The Minister said the project, which resulted from Horizon Power's 2013 strategic review commitment to reduce the Government's subsidy for regional electricity by $100 million a year by 2016-17, was saving taxpayers millions of dollars over the 10-year life of the contract.

"The Mid-West power station project ensures a safe and reliable power supply for households and businesses in the region, as well as providing savings for the State Government through a more flexible supply arrangement and enabling the use of renewable energy into the future," Dr Nahan said.

"It is wonderful to see new power stations being delivered in regional WA and Horizon Power has already achieved 90 per cent of the $100 million per year savings targets.

"I commend Horizon Power for its commitment to efficient and streamlined project delivery, with seven new power stations being delivered in the Mid-West over the course of the project, including six of them in just eight months." 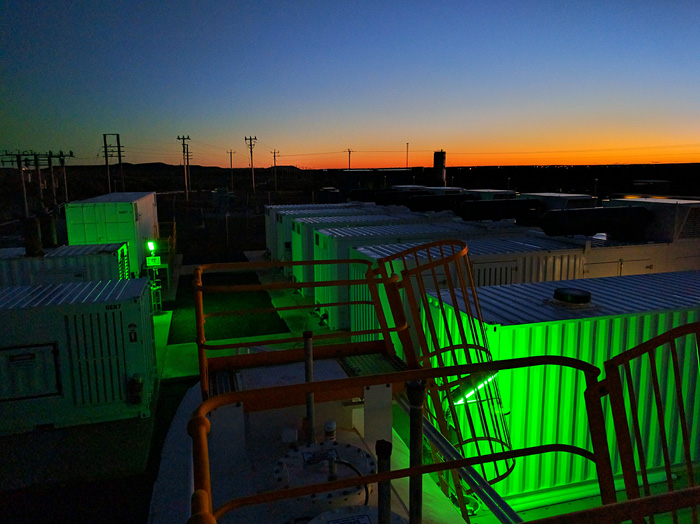